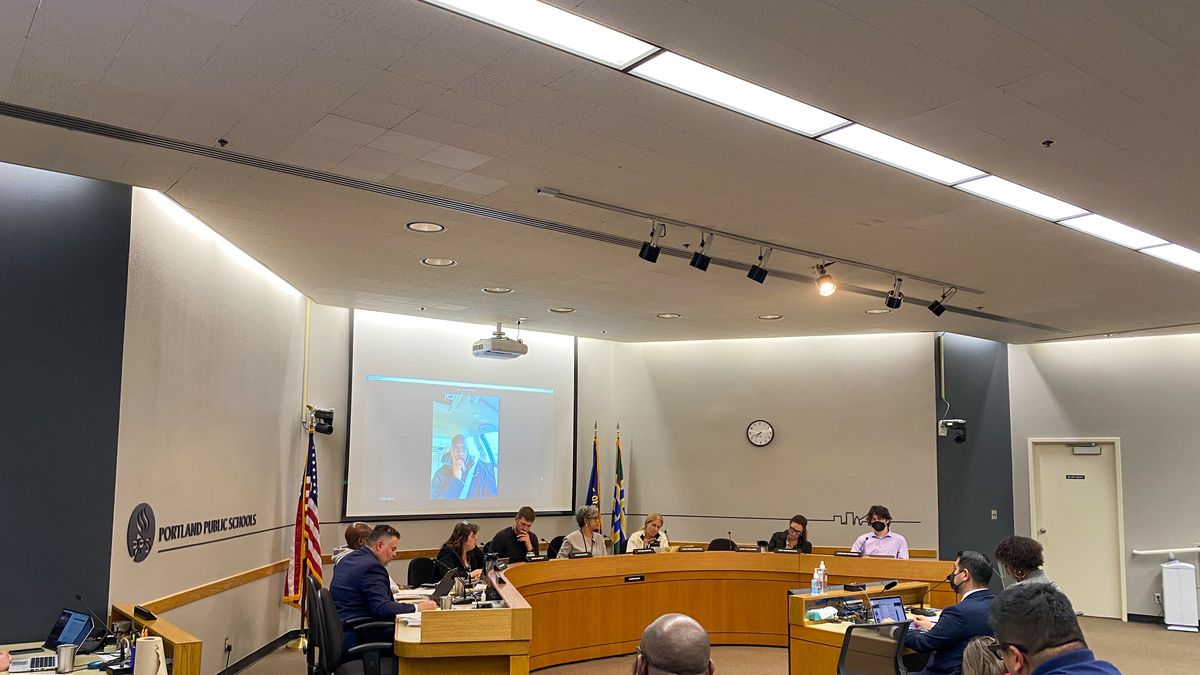 Portland Public Schools presented a $1.87 billion budget for next year to the school board on Tuesday.

PPS Superintendent Guadalupe Guerrero said the budget reflects the needs of students in the last two years of the pandemic.

“It’s arguable that the past two years have indeed presented us with unique circumstances — we’ve never experienced them at this level in the history of public education,” Guerrero said. “It made the role and importance of our public schools more evident than ever.”

Despite earlier conversations that a drop in enrollment could mean layoffs, the superintendent said that was not the case.

“No classroom educator or certified educator will be fired,” Guerrero said.

But there will be cuts in class positions. Officials predict a reduction of 88 full-time equivalent staff at schools, but said due to attrition and retirements, teachers will not lose their jobs.

Accordingly, staff recommends that the Board of Directors approve the use of $40 million from the reserves.

“Given our significant investment in supporting our students and school communities next year, our budgeted expenses exceed our upcoming revenues,” Delgadillo said.

This would reduce district reserves from 11 percent of annual general fund revenue (about $91 million) to 6 percent (about $51 million). This remains within the council’s reserve fund policy, which sets a reserve fund target between 5% and 10%. Delgadillo shared the goal of gradually rebuilding reserves from 2023.

Board vice-chairman Andrew Scott and member Gary Hollands were among board members who expressed concern about what dipping into reserves could mean in the future.

“When I hear, based on the policy, that we’re going to cut funds by $40 million, but there’s no plan to replenish that,” Hollands said. “It makes me shiver a bit.

“Because we have a plan of what we’re going to use the $40 million for, but we don’t have a plan or a method to replace that in the future.”

As officials shared details of the proposed budget with the board, district officials sat around the room. So did a number of members of the Portland Teachers’ Association and other members of the community, some holding blue signs that read “More teachers = lower class size.”

A slide presented Tuesday by the district cites averages of up to 24 students in K-5 classes and up to 29 in middle school classes. But documents previously shared with the board in March showed projected class sizes of up to 33 at some elementary schools and 34 at a K-8 and middle school. District officials said they may share more “updated” numbers at a future budget work session.

PAT President Elizabeth Thiel said 65 primary and 35 middle school positions have been cut for next year, and teachers have not been assigned to schools to fill positions elsewhere.

“We have been through so much upheaval and disruption, we need to provide students with a stable school environment, we need to give them the opportunity to connect with the adults in their building and get the individualized support they need” , Thiel said in a recent interview.

In conversations about staff cuts, Thiel, parents, and even elected officials have suggested that the PPS dedicate some of its one-time federal pandemic relief funds to personnel. District officials said yes. Budget documents cite $7 million in federal funds for 56 full-time equivalent positions to “maintain class sizes.”

Other federal and state funds will be spent elsewhere.

Federal funds to support students recovering from the pandemic

The district plans to dedicate $118 million in one-time state and federal dollars to help students catch up with the pandemic, provide mental health support and summer programs, and provide professional development for teachers.

State funding comes from the Student Investment Account, which is part of the Student Success Act that Oregon lawmakers passed in 2019. District budget data shows more than $6 million from the general fund, $37.7 million from SIA, and $74.6 million from the Elementary and Secondary Schools Emergency Relief Fund, or ESSER, make up the $118 million.

A portion of the funding is dedicated to supporting the district’s summer programs, which district officials say will serve more than 12,500 students. There are also plans to increase access to social workers or mental health professionals in each school.

A portion of the funds, $14.3 million of the $118 million, is dedicated to providing “high quality emotional, mental health and holistic support.”

This includes funds to continue feeding PPS students, funding the end of a national lunch program, and paying for after-school snacks and other food options.

Going forward, the board is expected to hear from the public about the budget in a work session on May 4, with meetings and work sessions scheduled throughout May.

Board members shared initial questions and first impressions on Tuesday, but there will be more conversation over the coming weeks, including questions about staff’s recommendation to use funds from the reserve fund to balance the budget.

PAT President Thiel also hopes to get answers to her questions, including one about the district’s planned use of state and federal investments.

“How do we add $118 million in new spending while cutting classroom positions? »

A vote to approve the budget is scheduled for May 24, with final adoption on June 14.