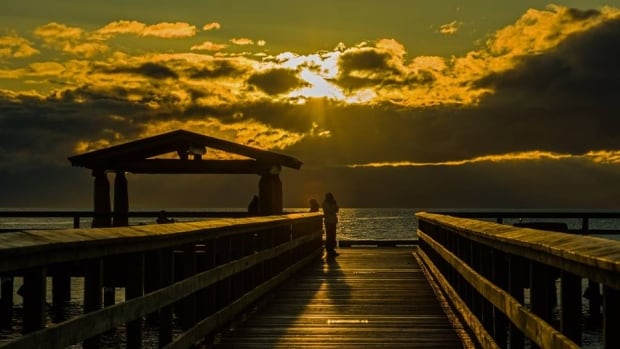 1 reason for ferry cancellations? The high cost of living on the Sunshine Coast excludes workers

The lack of affordable rental housing on BC’s Sunshine Coast and the high cost of housing are creating staff shortages in the service industry and driving down the community’s long-time residents.

Theressa Logan, executive director of the Sechelt Downtown Business Association (SDBA), said when people have been allowed to work from home over the past two years due to COVID, more people have moved into the community. The influx has pushed up real estate prices and driven down the number of affordable rental units.

As a result, she said, many service-sector businesses struggle to hire staff who cannot find housing in the community.

“It’s definitely inventory; it’s affordability. There’s no one to work with, and I’m not sure how to fix these issues.”

The Sunshine Coast has long been a popular vacation and retirement community, and many people have second homes and investment properties in the area.

“House prices here are reaching luxury levels where the only people who can afford them are pretty wealthy,” said Silas White, emergency housing coordinator with the Affordable Housing Society.

He said a one-bedroom basement suite in the community can cost up to $1,500 a month.

“I see a lot that are even higher than that, and a two-bedroom could be around $2,500,” he said. “The [housing crisis] it’s partly because of affordability, but also because there’s nothing on the market.”

In recent years, 80 support units have been added to the Sunshine Coast, but the number of homeless people remains the same, according to White.

“When we bought 40 units from Gibsons…we thought the problem would be solved for years to come…but the numbers probably stayed the same despite adding 80 units,” he said.

With ongoing staffing challenges due to the lack of affordable rental housing in the community, volunteers stepped up last year to help understaffed restaurants serve their customers.

One business owner – Del Sidhu, owner of Saffron Restaurant and 22 Taphouse in Sechelt – has bought a second property to house new employees, despite the booming housing market.

Sidhu said he opened 22 Taphouse in June 2021 and recently decided to buy a second property near the restaurant, above market price, to help house some of his new employees.

“There’s no rental; if there’s something available, it’s too expensive,” he said.

Sidhu said he still needs 35-40 employees to be able to open and run his restaurants full-time, but he has had to turn away new employees from other towns due to the lack of affordable rental options in the community. .

“We actually had people from the Vancouver and Surrey area…but there was no rental,” he said. “There are almost six staff members in the new house at the moment…but we had to start a bidding war to buy it.”

Last month, Mark Collins, president and CEO of BC Ferries, said staffing was an ongoing challenge and finding new hires in remote communities was even harder, especially that many people in the service industry have changed professions during COVID.

Lori Pratt, manager of Halfmoon Bay in the Sunshine Coast Regional District, said she could move offshore as soon as this summer if she and her family cannot find affordable rental accommodation by the end of August.

“About a week and a half ago my landlord gave me a notice of absence for August 31 for a family member [moving in] who is underhoused right now, so I’m looking for a new place to live,” Pratt told CBC The first edition, adding that she had been renting on the Sunshine Coast for 12 years.

Pratt, a politician, real estate agent and member of the Affordable Housing Society and the Sunshine Coast Homelessness Advisory Committee, echoes concerns about the lack of affordable rental housing in the community. She said having two pets makes finding a new home much more difficult.

Gibsons Mayor Bill Beamish said the challenge in tackling the housing crisis on the Sunshine Coast is the lack of new developments for affordable housing.

“A lot of developers are building a lot of projects, but the affordable housing side just hasn’t kept pace with the needs,” Beamish said.

He said an ongoing project with the Affordable Housing Society is awaiting planning permission approval. The 40-unit building is expected to accommodate around 100 people in a mix of unit types, from studios to three bedrooms. A portion of the units would also be rented at or near market value.

“The city provided the land four years ago…and now they’re at the stage where they’ve come up with building plans, but it’s been four years…so it takes a long time to get a project on track. the market and supply it to meet the needs of the community.”

2022-06-15
Previous Post: Which candidates have cash leads in the home stretch of Maryland’s gubernatorial race?
Next Post: The 7 best tax tips for 2022