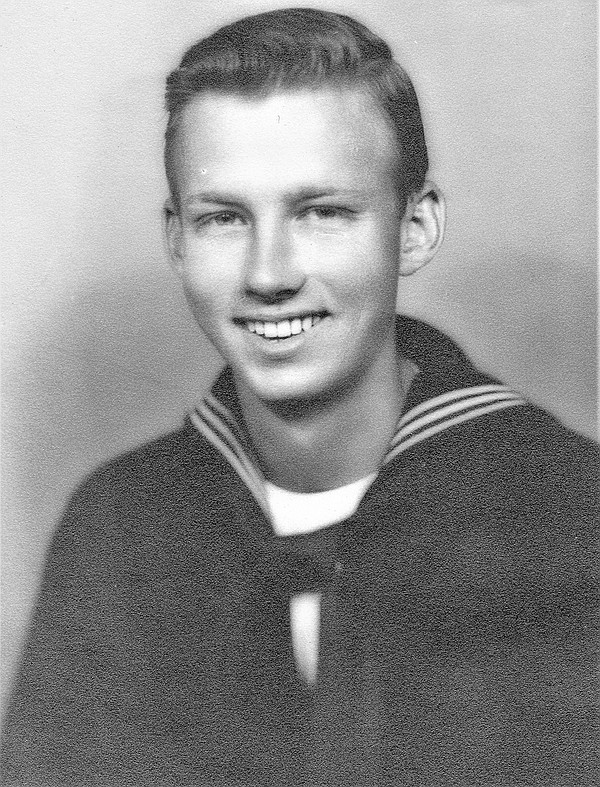 Roddy Bruns earned the distinction of being a centenarian. Over his 100 years, he has accumulated immeasurable experiences that he loves to reflect on with his friends and family, the most satisfying of which tend to come from his time serving his country in the Navy during WWII. World War.

Born in 1922 and the youngest of four children, Bruns grew up in Jefferson City. After graduating from St. Peter’s Secondary School in 1940, he worked at Central Dairy until receiving his project notice in 1942.

“It was early enough in the war that you could still choose your branch of service,” Bruns recalled. “I didn’t want to sleep in a foxhole, and I knew the Navy always ate off the tables. So my dad took me to see the Navy recruiter and enlist.”

The 20-year-old arrived at Naval Training Station Great Lakes in November 1942, spending the following weeks at a boot camp. During his training, he and his fellow recruits underwent tests to reveal their aptitude for specific career areas within the Navy.

“I did well in the tests, and since I had played trumpet in the original St. Peter’s band, I said I wanted to be in the Navy band,” Bruns recalled. “They said the group was full, so I said I had expressed an interest in auditing, so they sent me to train as a storekeeper.”

As a storekeeper, Bruns would be responsible for keeping track of many types of naval goods and equipment. This advanced training took place in Toledo, Ohio, where the Sailors were well received by members of the local community.

“The people of Toledo treated us very well,” he said. “We actually didn’t have enough sailors to take up all the dinner invitations we were getting on Sundays.”

After graduating from storekeeper school, Bruns was assigned to commissioner of Norfolk, Virginia. Months later, in October 1943, he boarded a train in New York and crossed the country, eventually arriving in San Diego to prepare for deployment overseas.

He recalls: “While we were waiting for the ship to take us to our mission, we had time off and several of us went to Pleasanton, California to pick apples and earn some extra money. .”

Bruns joined a small party of sailors leaving the west coast in mid-October 1943 aboard the SS Kit Carson – a Liberty ship carrying timber and tanks and heading for destinations unknown. They crossed the equator a week later and arrived in Brisbane, Australia in mid-November.

“I became one man, the only sailor to get off the ship in Brisbane,” smiles Bruns. “A few days later, I boarded the USS Gilmer, and we sailed for New Guinea.”

Upon arrival at US Naval Base Gamadodo in New Guinea’s Milne Bay Province, Bruns was assigned to a jungle-dug naval supply depot. He recalled that although the Australians had chased away the Japanese troops before he arrived, there were still dead Japanese snipers hanging from nearby trees.

A few weeks later, the Seabees (naval construction battalions) arrive and begin to develop the naval base. They built roads, barracks, mess halls, warehouses, a pier and, to their delight, a movie theater.

“Finally, we were civilized again,” smiled Bruns. “We used the sorting dock that the Seabees built to unload and sort supplies that were coming in on various ships. Everything had a code assigned to it and was stacked on pallets that we moved using our three dollies risers.”

Bruns said the work was done around the clock with crews of sailors working eight-hour shifts. They rushed to offload supplies and equipment from incoming ships, processing them and preparing them for reloading on other ships destined for military bases throughout the South Pacific.

A year into his assignment, he and three other sailors were granted several days off in Sydney, Australia. The young sailor was able to bring with him something considered a precious commodity; an item that helped them cover many expenses on their trip.

“I took 30 cartons of cigarettes because Australians loved American tobacco,” he said. “These cigarettes paid for all our accommodation and all the alcohol we were able to drink,” he added animatedly.

At the end of their two-week furlough, Bruns returned to Naval Base New Guinea, continuing to perform his duties as a storekeeper until June 1945. He then returned to the United States and spent the following months at Great Lakes until he receives his release. April 5, 1946.

Initially, he had difficulty finding a job in Missouri, but was eventually hired by the Missouri Highway Department. He later retired from the state agency after 40 years of service. In 1963 he married Pat Wisch, and together they raised two sons, Michael and Terry. Pat died in 1993.

Bruns met Trudy Tegethoff through a bereavement group at church, and the couple married in 1995. The veteran went on to reveal his imbued work ethic and was employed part-time at Westlake Ace Hardware in Jefferson City for five years in addition to 14 years. years with Houser-Millard Funeral Home, the latter from which he retired after reaching the age of 90.

Bruns acknowledges that his time in the Navy is little more than a moment in his past. However, it represents a collection of experiences that remain as crisp and clear as if they had happened yesterday.

“I didn’t necessarily like where I was stationed during the war, but I had no choice and, like everyone else, I took advantage of it,” he said. “It was one of those things I wouldn’t want to do again, but it was definitely unforgettable, and I saw a lot of people I wouldn’t have seen otherwise.”

Jeremy P. Ämick is the author of the military compilation “Show-Me Veterans”.

2022-05-16
Previous Post: I started tech budgeting and you should too
Next Post: QUANERGY SYSTEMS, INC. MANAGEMENT REPORT AND ANALYSIS OF FINANCIAL POSITION AND OPERATING RESULTS (Form 10-Q)