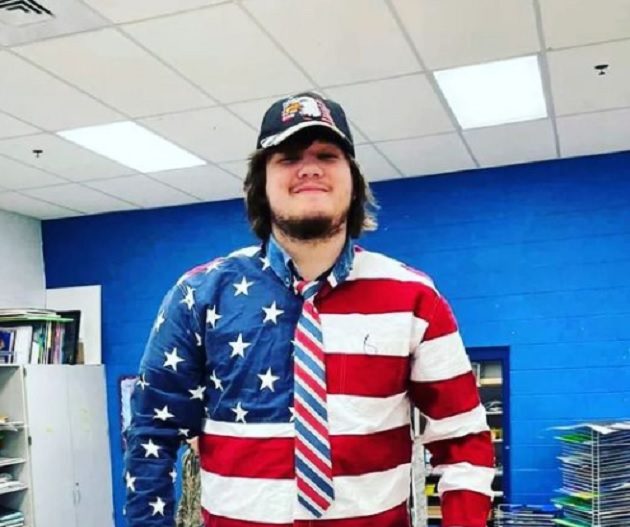 Accounts have been set up to help the family of a Princeton teenager who died after being seriously injured in a two-vehicle crash on Tuesday night.

Morgan Funeral Home said funeral arrangements are incomplete at this time for 17-year-old Charles Matthew “Matt” Brewer, who died of his injuries Friday at Deaconess Hospital in Evansville, Indiana.

As previously reported, Brewer was airlifted to hospital in Evansville after Princeton police reported his car was hit on the driver’s side in a wreck on Marion Road around 6:15 a.m. Tuesday night. Police said Brewer was turning left from Jeff Watson Road to Marion Road when he stopped in the path of a southbound vehicle driven by Jaden M. Travis, 20, of Princeton.

Caldwell County Band of Pride officials are asking everyone to remember Brewer’s family, friends and bandmates during this difficult time. They say the accounts were created to help the family of Brewer, the band’s lead percussionist and longtime Band of Pride member.

Band officials say there are three ways to help the family:

1) A Princeton Farmer’s Bank account has been opened for medical expenses incurred by Matt’s hospital care. Donations can be made for this purpose.

2) A PayPal account has been created to help brewers meet their immediate needs. This account is @Brewerfamily2022 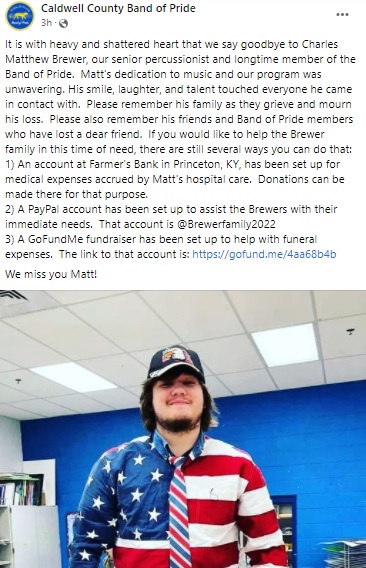