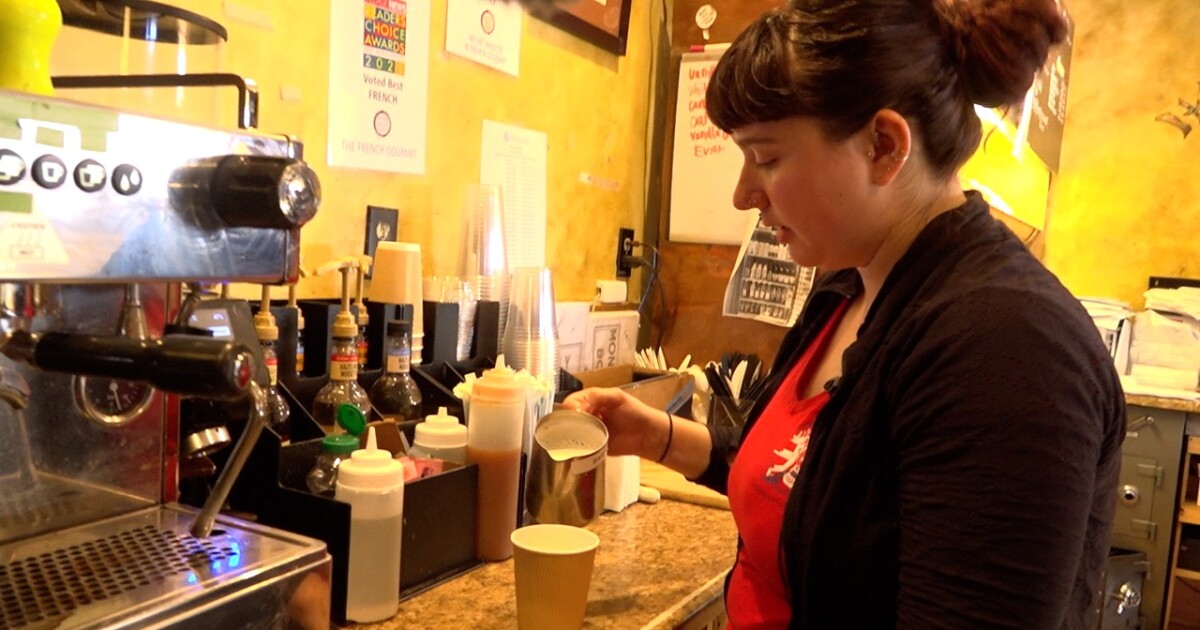 SAN DIEGO (KGTV) — For 40 hours a week, Destiny Couch works behind the counter at The French Gourmet in Pacific Beach.

A new mom, she is about to add a second job.

“The cost of living keeps going up, so it’s a never-ending cycle,” Couch said Friday.

Luckily for her, a shortage of workers amid a 3% unemployment rate means hourly rates in the service sector are rising.

Michel Malecot, owner of The French Gourmet, said his wages have been 25% higher since the start of the pandemic. Again, the costs also increase.

“We’re paying a lot more than before, Covid has brought that, and it’s a good side product for Covid,” he said. “But the customer has to pay more now.”

Even though restaurants, hotels and other service-sector businesses are raising wages, inflation remains around 8%, a level not seen in 40 years. In other words, higher costs take a larger share of those higher wages. For example, at the Arco station across from The French Gourmet, regular gas is only under $6 a gallon for customers paying cash.

“I really have to think about where I’m going while driving,” said Couch, who recently purchased a hybrid car. “I’ll do all the trips in one day and just ask for gas money if anyone wants to take a ride.”

Couch said that before becoming a mother, she worked three jobs, and even that year she doesn’t think she made more than $40,000.

To put that into perspective, MIT says even a single person without children needs $47,300 a year to live in San Diego.

Breaking that down monthly, a person would earn $3,941 in salary. Subtract $786 in taxes and $1,600 in rent, which isn’t necessarily enough to rent an entire apartment. Subtract an additional $411 for transportation, $333 for food, $215 for entertainment, pets, and/or education, $190 for medical expenses, and $400 for other necessities.

At these costs, a worker roughly breaks even.

“I saved money to move on my own,” said Couch, who lives with her family and shares the rent.

Even if she can move, she has no illusions about being able to afford her accommodation.