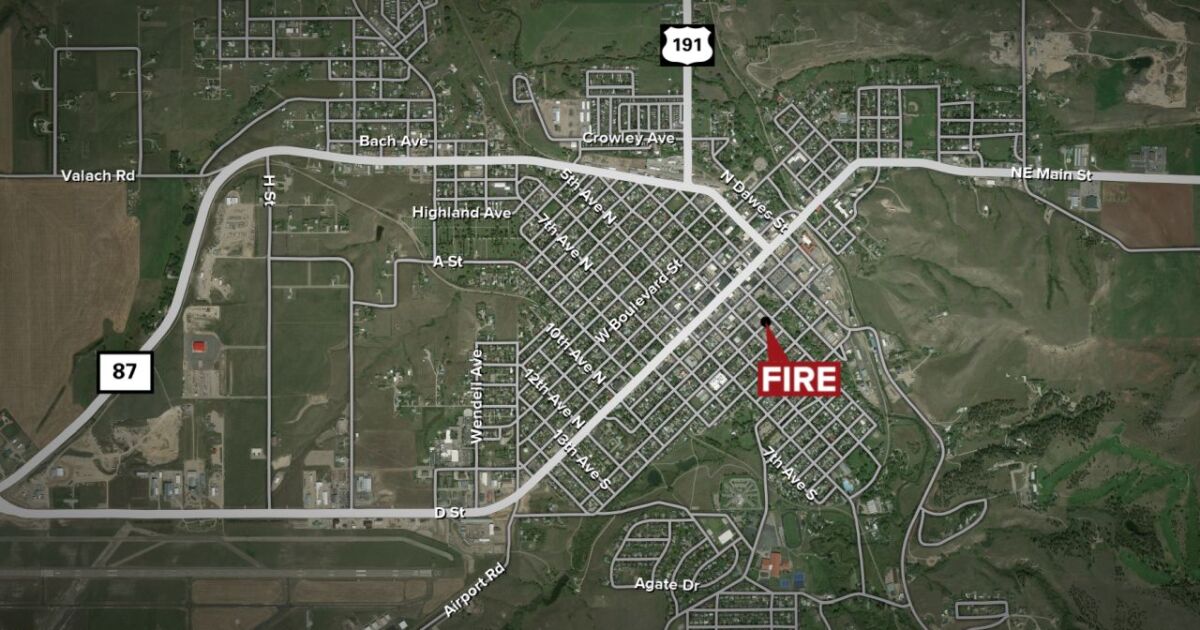 GREAT FALLS – A young child died in a house fire in Lewistown on Thursday.

A press release from Jon Polich, the deputy chief of Lewistown, says that at approximately 1:30 p.m. smoke and flames were seen coming from a house on the 300 block of West Water Street.

When emergency teams arrived, a woman outside the house said her three-year-old daughter was still in the house. Officers and firefighters attempted to get inside to save the child, but were unable to due to the fire “consuming the residence”.

After the fire was extinguished, rescuers found the child’s body inside.

The mother was taken to Central Montana Medical Center for treatment of the injuries she sustained; the nature of his injuries was not disclosed. A police officer was also taken to hospital to treat minor injuries sustained while trying to rescue the child.

An investigation into the causes of the fire is underway. Agencies involved include the Fergus County Coroner’s Office, the Lewistown Fire Department, the Lewistown Police Department and the State Fire Marshal.

The identity of the child has not yet been released.

The press release states: “All emergency responders wish to express their deepest condolences to the family who have been affected by this tragic incident.”

A GoFundMe account has been created to help the family.

Hello, my name is Marissa. Earlier today, my sister Matika and her husband Levi’s house caught fire with their 3 year old daughter and sister inside. My sister is currently being transported by mercy to Salt Lake City to their burn unit. Unfortunately, my niece did not make it out alive. I’m running a fundraiser to help Levi and my sister cover their baby girl’s medical, travel, and funeral expenses. Everything helps. Thank you.

In addition, a Facebook group has been created called “James / Irish Family Fundraiser”. Click here to visit the page.

2021-12-17
Previous Post: MANAGEMENT’S DISCUSSION AND ANALYSIS OF BROADCOM INC. AND ANALYSIS OF THE FINANCIAL POSITION AND OPERATING RESULTS (Form 10-K)
Next Post: With Omicron on the rise, should you stick to your vacation travel plans?