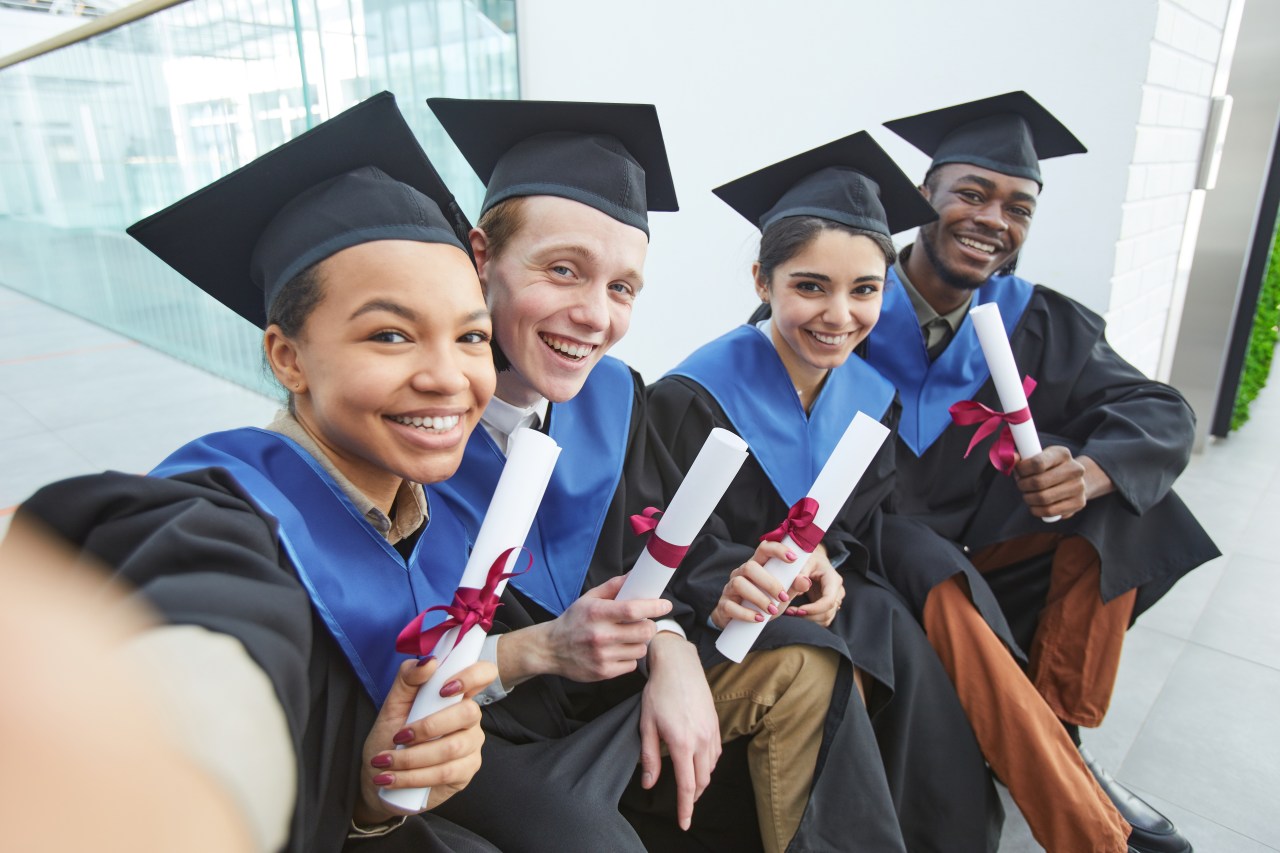 College grads could walk out with nearly $40,000 in student loan debt

According to an analysis by NerdWallet, this year’s high school graduates could incur nearly $40,000 in student loan debt in pursuit of a bachelor’s degree. And with this debt stretching across federal, parental, and private lending sources, the ultimate cost of their education will rise far beyond tuition and fees.

Today it is almost impossible to work your way through college. For this reason, going into debt for higher education in the hope of greater earning power is generally accepted as a valid cost. But the data shows that the amount of debt is growing and spreading through multiple sources.

2022 graduates could rack up thousands in debt

According to NerdWallet’s projections, a 2022 high school graduate could borrow up to $39,500 in student loans upon graduation. With 1.3 million high school graduates set to enter a four-year college and 42% of college graduates in debt, this is a significant burden for young professionals entering the workforce. .

According to The College Board, the average cost of attending a four-year public university, including room and board, reached $22,700 in the last school year. The growth of these costs has (thankfully) slowed considerably over the past decade – climbing 12% from the fall semesters of 2012 to 2021 after increasing 22% from the fall semesters of 2002 to 2011 But the student debt burden is still significant.

During the repayment period, students who take out loans can expect to pay thousands of dollars in interest on top of the amount they borrow. Federal loans to dependent students pursuing undergraduate studies are capped at $31,000 in total. Students who max out this cap are looking at monthly payments of around $350 and around $7,000 in interest over a standard 10-year repayment period on their federal loans alone.

And unless there is “free money,” such as scholarships or need-based grants, they will have to look elsewhere to cover the remaining costs. Parents who haven’t had the good fortune to raise a fund for college are increasingly taking on those costs in the form of debt.

Parents are going deeper and deeper into debt

The proportion of parents taking out federal Parent PLUS loans to help cover the costs of their children’s college education has increased significantly. The same goes for the amount they borrow. From 1996 to 2016, the most recent year for which this data is available, the share of dependent students dependent on these federal loans to parents at four-year public institutions has increased from about 7% to 12%, according to the National Center for Education Statistics. .

Parents may think they are better equipped than their children to cover the extra cost of borrowing, but some may feel they have no choice. According to a previous NerdWallet analysis.

The costs of these loans can be well above principal and interest – more than a quarter (26%) of Americans with MORE parent loan debt say the loans have affected their retirement plans, according to a NerdWallet survey from July 2021. And around 1 in 5 (21%) regret taking the loan(s) in the first place.

College students are also increasingly relying on private loans. In 1996, less than 1% of dependent students in public colleges and universities relied on private loans to cover their education costs. Twenty years later, in 2016, almost 9% have done so.

Private student loans may be requested when federal student loan limits are reached and when parents are unable or unwilling to take out Parent PLUS loans. But they lack some of the federal loan protections and benefits.

For example, private loans typically come with a higher interest rate, don’t have income-contingent repayment options, and are less forgiving when borrowers are struggling to make their monthly payments. Also, private student loans were not included in the federal interest-free program. abstention period recently extended until August 31, 2022.

Students hoping to earn a college degree may develop a graduate-at-all-costs attitude, but being strategic and careful about those costs could make it easier for them to enter the professional working world.

Maximize eligibility for grants and scholarships

All students must complete the Free Application for Federal Student Aid each year, and early. Not only does the FAFSA qualify you for federal grants and loans, but many states and institutions also use this data to determine additional potential aid. Also, keep an eye out for scholarship opportunities beyond the first year – make it an annual or semester practice to search for scholarships and apply.

Work-study is a government-funded program that helps students in financial need find work, often on campus, to help pay for their education costs. Your FAFSA application will ask if you are interested in the program and then assess your eligibility.

Before you turn to private loans and even parents PLUS, use federal student loans. Importantly, these have protections that are not provided by other types of loans.

Borrow only what you need

It may be tempting to accept every loan that comes your way, but you’ll only be digging yourself a deeper hole than necessary. When you receive your financial aid from the school, accept only enough money to cover your expenses.

Hold on when the going gets tough

Repayment of student loans, regardless of type, is made easier with higher income. And earning a degree makes that income more accessible. The most recent graduation rate among undergraduates is 63%, according to the Department of Education, suggesting that many students leave college with debt but without a degree.

If your goal is to graduate, talk to your advisor or the Student Services Department when you are having difficulty or are at risk of dropping out. Although getting a degree is not the right decision for everyone, leaving should only be done after careful consideration of all the implications.

Projected college enrollment, the percentage of students who receive student loans, and the amount of debt for the high school class of 2022 were calculated using data from the National Center for Education Statistics.

The average student loan amount in the analyzed group increased by 5.3% per year from 2000 to 2005 and by 8% per year from 2005 to 2010. The variation in loan amounts slowed considerably from 2010 to 2019 to reach a 1.8% year-over-year rate, which includes inflation and is the most recent data available. This analysis assumes this continued conservative growth rate (1.8%) from 2019.

The analysis assumes that a student who takes out a student loan will borrow every year of their undergraduate career.

The calculations assume a five-year undergraduate career, based on estimates of the average time required to earn a bachelor’s degree from the National Student Clearinghouse.