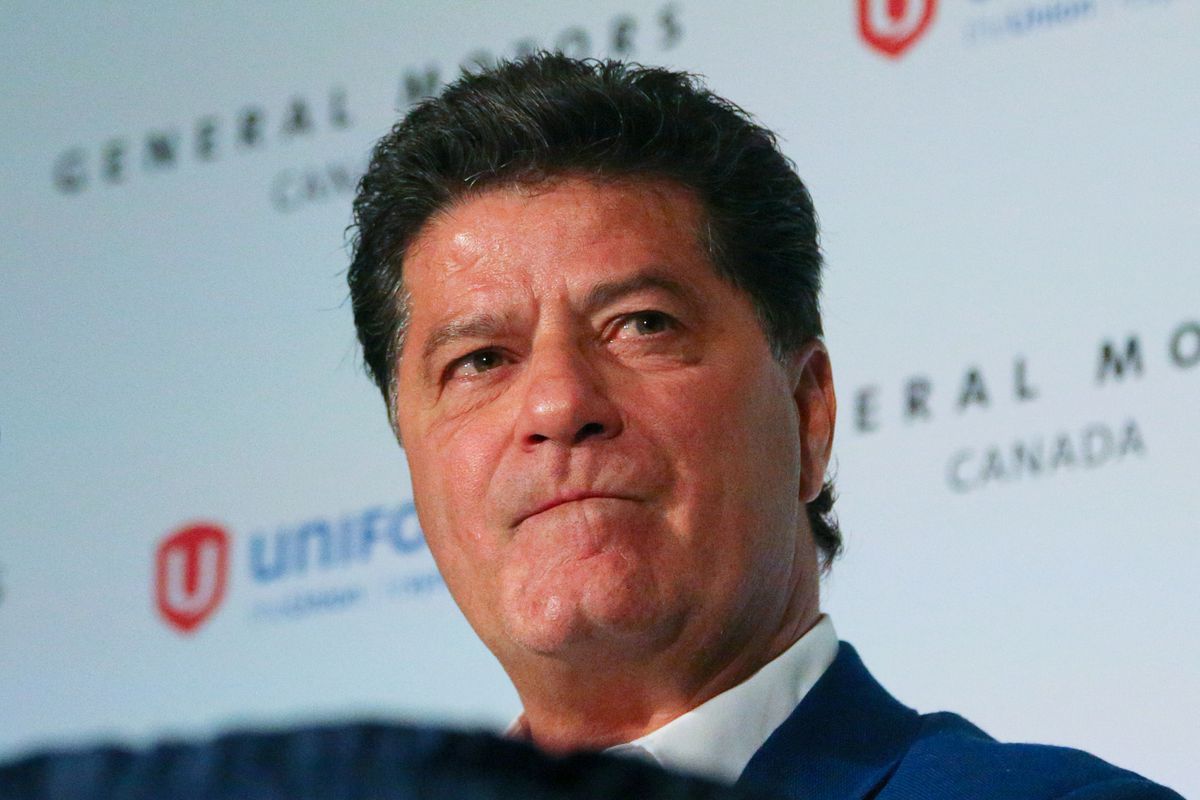 As Unifor seeks to replace its beleaguered former president, Jerry Dias, a raging debate has erupted among current and former members over the expense accounts of some of the top leaders. within the organization, which is the largest private sector union in Canada.

Documents obtained by The Globe and Mail – which have also been circulating among union members and staff, and on social media – show that a number of key union figures, including Mr Dias, spent hundreds thousands of dollars of Unifor money each year. on travel, hotels and other union-related expenses.

The contents of the documents have sparked a mixture of outrage and skepticism from former and current union members, with some saying the information was leaked for political purposes ahead of a crucial election that will determine the successor of Mr. Dias to the national presidency. Others in the Unifor ranks are calling for greater accountability with regard to the expense accounts of senior union officials.

Financial integrity is a key issue in the union’s election, due to the circumstances surrounding Mr. Dias’ departure: an ethics scandal over an irregular payment he allegedly received from a supplier. The outcome of the race will be determined at the union convention, which begins on August 8.

The documents show a breakdown of expenses incurred by the union’s senior leadership between 2018 and 2021, including items such as air and train travel, hotel stays and amounts spent on out-of-office meetings .

They detail the expenses incurred by Mr. Dias and 16 others people, including his longtime deputy Scott Doherty and union secretary-treasurer Lana Payne. Both Mr. Doherty and Ms. Payne are in the running to replace Mr. Dias.

Mr. Dias appears to have been one of the union’s biggest spenders. Documents show he incurred hundreds of thousands of dollars in travel, hotel and other expenses on an annual basis.

In an emailed statement, Mr. Dias’ lawyer, Tom Curry, managing partner of Bay Street law firm Lenczner Slaght LLP, said all of his client’s expenses had been ‘properly approved’ by the Secretary-Treasurer of Unifor, in accordance with the Union. Strategies.

“Concerns about these expenses have never been raised by any member of the National Executive Board,” Mr. Curry wrote. “The fact that they were leaked and editorialized weeks before the election to replace Mr. Dias suggests that this is not an exercise in accountability, but a desperate attempt to profit politically from the vilification of Mr Dias.”

Mr. Dias was once a respected face of the Canadian labor movement, with a reputation as a tough negotiator. The ethics scandal concerning him became public after an internal investigation revealed that he had violated the Unifor constitution by receiving a $50,000 gift from a provider of rapid COVID-19 tests, allegedly in exchange for promoting the company’s tests to union members.

In March, days before the union announced Mr Dias was under investigation, he abruptly announced his retirement, citing health concerns. He is also being investigated by the Toronto Police Department’s Financial Crimes Unit for allegedly receiving the $50,000.

A union hearing into Mr. Dias’ conduct was scheduled for April, but was postponed due to his medical condition. Earlier this year he told union members and the public he had checked himself into a rehabilitation center after months of uncontrolled use of painkillers, sleeping pills and alcohol to treat a nerve problem. sciatica.

Another top spender, according to the documents, is Mr Doherty, who has overall responsibility for Unifor members in the energy, forestry, rail and manufacturing sectors.

According to two sources with knowledge of union operations, union leaders and their aides frequently traveled business class if they flew internationally, and their hotel stays were often at five-star Sheraton or Fairmont hotels.

The Globe does not identify the sources because they were not authorized to speak publicly about internal union affairs.

Mr. Dias’ lawyer, Mr. Curry, said decisions about hotels were made in accordance with Unifor’s travel policy, which prioritized those staffed with Unifor members, such as the chain Fairmont. He added that Mr. Dias “periodically received upgrades”, but that these were provided at no cost to Unifor members.

Mr. Doherty did not respond specifically to questions about whether he was flying business class or staying in luxury hotels using union funds. But, in a lengthy email response to The Globe, he expressed outrage at the leak, saying the documents had been made public for “political reasons”.

“Not once in the past three years have my expenses been quoted or returned by Unifor’s finance department, which is overseen by the National Secretary-Treasurer,” Doherty wrote. He added that over the past three years he has taken nearly 300 flights for negotiation sessions, meetings, solidarity actions and conferences across the country, and spent 275 nights in hotels.

“I spent 430 breakfasts, lunches or dinners with members, employers, committees, staff and leaders advocating for better working conditions, better collective agreements and a better life for our members,” its statement said.

Ms. Payne responded on behalf of Unifor to questions about the union’s travel and accommodation policies. In an email, she said the union’s practice is to fly economy class domestically, but bookings on international flights can range from economy to business class “depending on the flight duration and seat availability”.

Ms. Payne also said that Unifor management and staff often stay in hotels that employ Unifor members, but this is not always possible due to the location of the hotel or lack of access to required meeting space. “If a Unifor-represented hotel is unavailable, priority is given to other unionized hotels,” she added.

The race to choose Unifor’s next leader has become contentious, with the two leading candidates – Mr Doherty and Ms Payne – campaigning aggressively to win the support of various locals ahead of the August election in Toronto.

The expense leak prompted Ms Payne, the union’s secretary-treasurer and current de facto president, to issue an internal email addressing the issue on July 6. The email, which Ms Payne provided to The Globe, said most of the expenses were “well within limits and justified by union duties required of senior management and staff”, but some of them “raise questions and concerns”.

She added that there needs to be “stronger approval processes to oversee spending.”

Ms Payne is campaigning on an accountability platform. She told The Globe that there is an urgent need for new oversight mechanisms for expense accounts belonging to members of the union’s National Executive Board.

She also clarified that as secretary-treasurer, she is responsible for approving staff expenses, except for those of assistants to the president. Those endorsements, she said, come directly from the president.

What is more interesting, he says, is the disparity between leaders of the same union and the reasons for these disparities.

“There might be a perfectly valid explanation, but members might want to know why some people spend more than others,” he said.

Internal tensions within the union continued this week. Mr. Doherty posted a message on his Facebook page on Wednesday in which he condemned the leak of expenses and noted that other leaked confidential documents relating to his role in the investigation of Mr. Dias were in the “sole possession of the Office of the Secretary- National Treasurer”. ”

Unifor has approximately 315,000 members across the country, including some Globe and Mail employees. Most of the union’s income comes from union dues paid by members. In 2020, according to publicly available financial statements, the union collected about $104 million in union dues, which was 86% of its overall revenue. In 2019, the union collected $113 million in dues from members.

The financial statements show that the total amount of expenses claimed by all Unifor employees, including senior management, decreased significantly from $9.5 million in 2019 to approximately $4 million in 2020.

Your time is valuable. Receive the Top Business Headlines newsletter in your inbox morning or evening. register today.