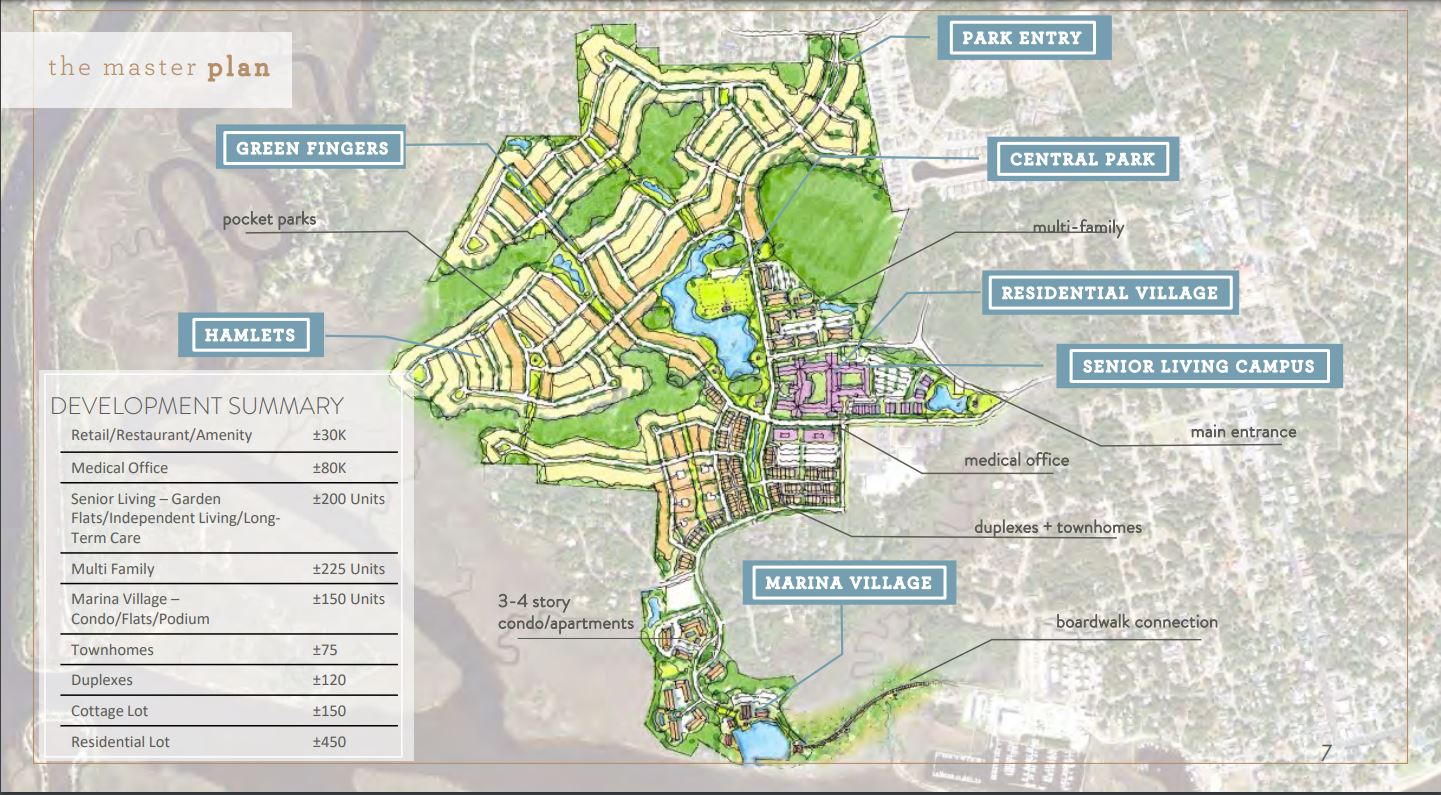 SOUTHPORT – The numbers are in and Southport executives have yet to be convinced to move forward with bringing Project Indigo into the city.

The development could generate a net benefit of $1.4 million for the city’s general fund according to a financial analysis and development impact analysis presented last week. On July 18, the Southport Board of Aldermen and Planning Board held a joint session to discuss the findings of the analysis carried out by national property consultancy firm Development Planning & Finance Group and civil engineering firm WithersRavenel.

According to the companies’ calculations, Project Indigo would create a tax base totaling $584.6 million, an increase in Southport’s tax base of $18.3 million. Property taxes would represent the bulk of revenue at the current rate of 39.56 cents per $100 of assessment. If held constant, it would generate $2.3 million annually in total property taxes.

With sales tax and other minor sources, the total revenue added to the general fund would be $3.2 million. Compensated with expenses, the net calculation reaches the reported $1.4 million at the end.

However, these estimates are dependent on annexation within the city limits and an approval to rezon the current residential agricultural district to a planned unit development. Some city officials are concerned about granting the requests because of the size of the development, which could double the population of the quaint seaside town currently at 3,700.

“It will be very difficult to install so many houses there,” Gustavo Mibelli, a member of the town planning council, told the meeting. “The benefits of incorporating Project Indigo at this size completely disappear. I think that’s, in my mind, the crux of the matter. It’s not 1.4 million. It’s the big picture.

Eddie Staley, director of customer experience and innovation at WithersRavenel, noted at the meeting that the studies could only provide a perspective of financial impact, not whether the development would be “in harmony with the community. “.

“We predict the future, and it’s not an easy thing to do. We have to make assumptions,” Staley said.

During his presentation, Staley presented a model showing a $15.5 million revenue surplus over 10 years if city spending — including additional staff and services — met expectations. For comparison, he provided another model that calculated the surplus if spending exceeded forecast by 70% – essentially a margin of error. The calculations still indicated a surplus income of $4.89 million.

“We never see where the expenses will exceed the tax base revenues,” Staley said. “It gives you a lot of room for unknown things to happen.”

Still, council members expressed discomfort with these assumptions and wanted to see beyond a 10-year time frame. Presenters at the meeting described the model’s earnings as plateauing around the 10-year mark, two years after Project Indigo’s completion, but executives and some public commentators fear the trajectory is trending downward.

An alternative scenario was presented if the city were to deny the developer’s request for annexation. If so, they would be required to work within residential agricultural zoning, which allows 550 homes, or a third of the 1,500 proposed by the developer.

In this situation, the city would not obtain any revenue from property taxes. Since it resides in the Southport Fire District, the development would generate revenue of $219,000, but would require a $240,000 grant from the city for fire and EMS services.

DPFG director Lucy Gallo described this scenario as a “less attractive option” for the city due to the limited revenue it would receive from the 395-acre property.

If it joins Southport’s corporate boundaries, the development’s operational requirements include three new firefighters, three advanced paramedics, six new police officers, two new municipal accountants and a new municipal administrative assistant. About $200,000 would be needed to maintain the streets of the development. Total city spending is expected to be $1.8 million.

Ultimately, Withers-Ravenel called the development “low financial risk” and “financially viable,” but executives were skeptical given the plan’s unknowns.

Further analysis would be needed on the impacts of water and sewer infrastructure, which Southport Development Services Director Thomas Lloyd said would most likely require an increase in capacity, which could lead to additional costs. However, it is unclear whether this will be a city responsibility, as city members work to transfer responsibility for infrastructure to Brunswick County.

The development’s electrical system was not analyzed by Withers-Ravenel, constituting another unknown for board members and the public.

The city plans to hold a town hall to answer questions from the public about Project Indigo before the next meeting of the council of aldermen on August 11.

Catch up on PCD reports on Southport Indigo:

Want to know more about PCD? Subscribe now then subscribe to our newsletter, Wilmington Wireand get titles delivered to your inbox every morning.