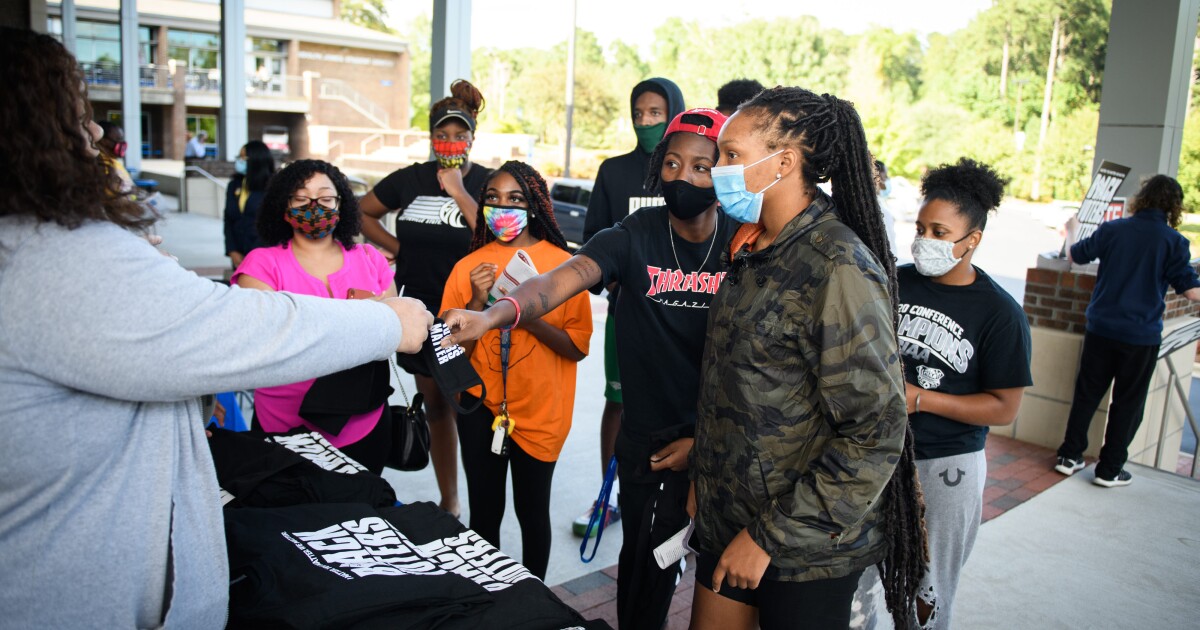 New award highlights how philanthropy can do more in the South

Since the founding of the United States, activists in the South have led many of the most powerful progressive movements for social change. This leadership continues today, with groups such as Black Voters Matter, the Poor People’s Campaign and Gulf States for a Green New Deal; as well as activism on overhauling the legal system, advocating against censorship, and promoting LGBTQ and women’s rights.

And yet, despite the South being home to 56% of black Americans, more than six in 10 LGBTQ Americans, 90% of historically black colleges and universities, and the highest rates of poverty and economic injustice, philanthropic foundations invest less there. , almost half as much as the rest of the United States.

Of late, the only major Southern investments from super-wealthy philanthropists have come from MacKenzie Scott and Dan Jewett, who have poured money into community foundations, food banks, YMCAs and HBCUs. Unfortunately, Scott and Jewett’s exceptional approach to giving is just that – an exception. This should be the norm.

As a communications professional who has spent my career working at some of the nation’s largest foundations and nonprofits, I’ve seen both the good and the bad in today’s standards for philanthropic giving. . Too many charitable foundations view the federal requirement to distribute at least 5% of their assets annually as a cap, not a floor, even though research has shown that a temporary increase in payouts from 5% to 10% would pay off. approximately $55 billion for charities each year. When you add donor-directed funds into the equation, that figure rises to around $60 billion.

What if philanthropy and high net worth individuals scaled up, not only giving more and focusing on areas that need it most, but also democratizing and decentralizing their grantmaking to empower decision-making to those who understand where donations could do the most good? What might the South and the state of Southern organizing and advocacy look like if strategies were not dictated by wealthy donors outside of the state, but rather informed by those who actually do the work?

This is not a theoretical question for me; I grew up in the Appalachian foothills of northern Alabama, living in a rural community, raised by working class parents. I still have close ties to the organizers, activists, and nonprofit social justice workers there.

So when I left the world of foundations to start my own business, I decided that business would do what philanthropies should also do. I urge other consultants who focus their practices on the nonprofit world to do the same to lead by example.

We’re celebrating my company’s one-year anniversary by launching an award to help address systemic underinvestment in Southern social justice work and activism, with a focus on 10 states in the Deep South and Appalachia. We are committing an initial $30,000 in unrestricted funds, with an additional $15,000 in pro bono support, to a social justice organization working to address critical issues of equity and justice.

We are also committed to donating 10% of our annual income before expenses to social justice groups each year. We believe that philanthropic foundations should also invest much more in these areas – and invest at higher levels – but as a company we are committed to paying more than double the minimum foundation requirement by excluding our expenses from payout percentage calculations.

If philanthropy, which exists to do good, can bring in 5% of revenue after expenses each year, we believe that for-profit social impact consulting firms that primarily or exclusively serve nonprofit and philanthropic clients should do even more than philanthropy, no less.

Because we also believe that those closest to work are also best equipped to deal with it, we enlisted the support of Southern-based community activists and advocates to identify our award winner, as well as a team of social justice, non-profit, and philanthropic experts who work in these areas every day. They represent organizations such as the ACLU of Alabama, Global Citizen, the Leadership Conference on Civil and Human Rights, the Asian American Foundation, Lean In and the Tow Foundation.

Our application process requires a simple one-question short-answer essay: “What do you hope to accomplish with this award?” The response cannot exceed 500 words, and the advisory committee will use these responses to determine where the funds will go.

If philanthropists are looking for a truly equitable model that doesn’t just put a shiny semblance of impact on the same approaches that harm marginalized people, we hope they will join us in this decentralized grantmaking strategy and unrestricted that relies on leaders among the people we strive to help.

To join us, philanthropists must step out of the status quo. It means moving from exclusive access control, bureaucratic grant-making processes, restricted funds, lengthy applications, and regional biases that have led to systemic underinvestment in groups led by people of color. , rural areas and entire regions such as the Deep South and Appalachia.

Otherwise, they risk losing their relevance in a rapidly changing social, political, environmental and ethical landscape that rightly cares more about impact than intentions.

In 2022 and beyond, philanthropy for social impact should involve a collective, community-informed and transparent giving strategy, conducted to allow organizations to simply focus on advancing their work – not the creation of vanity programs run by funders out of touch with the work on the floor.

As LaTosha Brown, one of the founders of Black Voters Matter, explains, “As goes the South, goes the nation. If we didn’t learn this at a critical time, we should know it now. Philanthropy would be more in tune with its mission, vision and values ​​if it responded to this call.

Kindred Motes runs KM Strategies Group, a social impact consultancy working with philanthropy, nonprofits and social good movements. He was previously responsible for communications at the Wallace Global Fund and the Vera Institute.