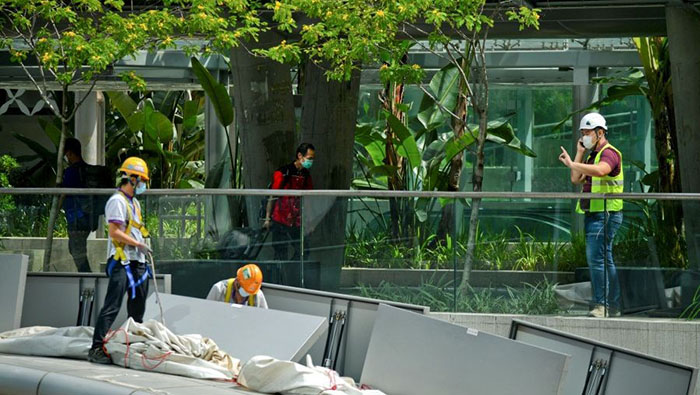 A casual worker who was underemployed for two years and was infected with Covid-19 has just HK$13.75 left in his bank account, a Christian charity has said.

Many rank-and-file workers doing odd jobs are facing underemployment amid the fifth wave of the Covid-19 outbreak.

Christian Concern for the Homeless Association said on its social media page that the worker could only earn HK$100 to HK$900 each time he managed to do a small job. He must devote all his income to living expenses.

The man did not want to apply for full social assistance and did his best to support himself.

But after his prolonged underemployment, he was unable to save. Worse still, he was infected and had to self-isolate.

The association said that although the government provides a one-time cash allowance of HK$5,000 to locally confirmed Covid patients, applicants must have received hospital treatment before they can apply through a social worker.

As the casual worker concerned was not hospitalised, he was not entitled to the cash allowance.

Moreover, since he did not have a stable monthly paid job or an MPF ​​account, it would be difficult for him to apply for the HK$10,000 unemployment benefit under the temporary unemployment relief program.

The association said it had given emergency aid to the man after learning of his situation: “Although this is short-term assistance, we still hope that it can give him some of respite – like seeing a faint starlight in the dark”.

He also said that many people in Hong Kong live on casual labor, but the pandemic has made their lives more difficult.