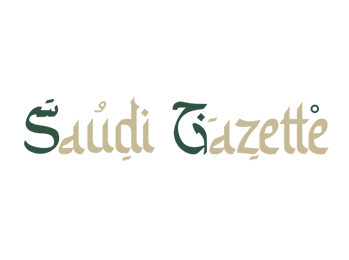 The Kingdom is on the path to rapid digitalization that promises immense benefits for industry and society. The country is already pursuing advanced applications of cloud, AI and other technologies to improve economic production and help achieve the ambitions of Vision 2030. These cutting-edge applications depend on a robust network infrastructure, which is today ‘hui carried out with 5G connectivity.

However, the telecommunications industry now faces a dilemma as to how it approaches the implementation of 5G. The standards and methods used to deploy 5G infrastructure greatly influence the long-term value created by this technology. In particular, a methodology known as Open RAN (Open Radio Access Networks) has become a hot topic in the region as well as around the world, seeking to support interoperability between 5G equipment from different vendors. The decisions currently taken around this methodology could therefore accelerate – or hinder – the development of the Saudi digital economy.

The current dilemma begins with the recognition that advancements in 5G would have been nearly impossible without global collaboration and industry standards. Standardization of 5G began in early 2016 as part of the 3rd Generation Partnership Project (3GPP). 3GPP continues to play a critical role in developing and maintaining global technical specifications to ensure that network equipment and handset manufacturers develop interoperable products around the world. To continue innovating in Saudi Arabia, the ICT sector continues to work within such frameworks and build on these early advances.

Outside of this consensus, some organizations and countries have now attempted to define new “implementation” frameworks for 5G. The last and perhaps the most debated of these currently is Open RAN. This is not an alternative 5G standard, but rather an implementation method related to 5G infrastructure, especially 5G base stations. Basically, it is a methodology that seeks to replace some existing 5G hardware with more open systems. These would theoretically allow the mixing and pairing of 5G equipment from different vendors. The initial hope was that this approach could also reduce network costs by attracting competing equipment from more suppliers.

However, the topic of Open RAN has become a hot topic, with many people and organizations now questioning its original promises. This is important as government regulators and telecom operators, both in Saudi Arabia and beyond, continue to examine the best methods to deploy 5G to generate maximum long-term value. The central problem is that so far the case for Open RAN has turned out to be largely based on expectations rather than market or technological realities, especially in the 5G era.

The first concern is that there are no well-defined standards or test methodologies to guarantee the interoperability and performance of 5G networks based on this “open” architecture. This makes integration difficult to achieve. Some of the early Open RAN users failed to scale the model beyond sparsely populated areas.

Reducing capital spending for telecom operators has also been a major driver of Open RAN. However, examining how network operators spend money shows that their primary cost center is operating expenses, not capital expenses upon which Open RAN’s value proposition is based. for base stations. It is estimated that the expenses associated with Open RAN represent only about 12% of the capital expenditure per site. Neville Ray, US president of technology at T-Mobile, is just one example of a global executive who has expressed doubts about the maturity of Open RAN systems and their ability to realize the promised cost savings. He argued that the key questions regarding systems integration and R&D have yet to be answered.

In addition, there is a question of potential security risks that could cause real damage. Open architectures that depend on multiple equipment vendors, which must then be patched together, may lack a clear point of reference in the unfortunate event of a network breach or failure. It’s not impossible, but it’s an important consideration for something as vital as 5G base stations. In developed markets like Germany, for example, its Federal Office for Information Security weighed in on the Open RAN debate at the end of 2021 by questioning the resilience of networks based on the concept. He concluded that mixing products from different vendors is a risky business.

Ultimately, what’s happening with concepts like Open RAN and other 5G implementation methods is vital to the future of Saudi Arabia’s digital industry and society. Rather than risk splitting the 5G industry into factions, today’s technology leaders may benefit from a closer examination of the long-term social and economic impact of such approaches.

2022-01-08
Previous Post: USPS accepted over 13.2 billion mail and parcels during the holiday season – WHIO TV 7 and WHIO Radio
Next Post: Weekly horoscope (January 10 to 16): Gemini, Virgo, Aquarius; See what’s in store for the week ahead