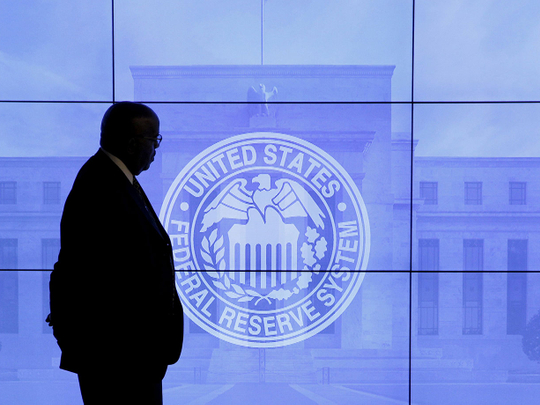 The Fed is about to raise interest rates to contain inflation

“There’s no right answer to that in any economics textbook,” David Wilcox, a former senior Fed adviser, told AFP, noting that the central bank’s communication of its willingness to act will be essential for a successful balance exercise.

The central bank’s Federal Open Market Committee is expected to announce its rate decision at 6:00 p.m. GMT, at the end of its two-day meeting.

Fed Chairman Jerome Powell said he favors raising the benchmark interest rate by 0.25 percentage points from zero, where it has been since March 2020.

It would be the first in a series of hikes, which would undo the stimulus hastily put in place at the start of the Covid-19 pandemic.

The Fed chief said he was confident inflation would ease in the coming months as supply chain issues and shortages were resolved in the world’s largest economy.

“The Federal Reserve’s delays in raising interest rates and its continued misinterpretation of inflation, monetary and fiscal policies are now complicated by the negative supply shock imposed by the invasion of Ukraine by Russia,” said Mickey Levy of Berenberg Capital Markets.

“Even without the surge in oil and commodity prices, the Fed is wrong on every count,” Levy wrote in a Wall Street Journal column, arguing that the central bank “needs to start raising rates.”

But Wilcox, now with the Peterson Institute for International Economics and Bloomberg Economics, defended the Fed’s performance, saying officials have adapted to changing circumstances.

“I think the allegation that the Fed is behind the curve is vastly overstated,” he said. “They were taken by surprise, as were the vast majority of tipsters”, but “they had the guts and the courage” to change their minds publicly.

Economists forecast six or seven rate hikes this year, which would still leave the policy rate below 2%, assuming central bankers raise it by quarter points.