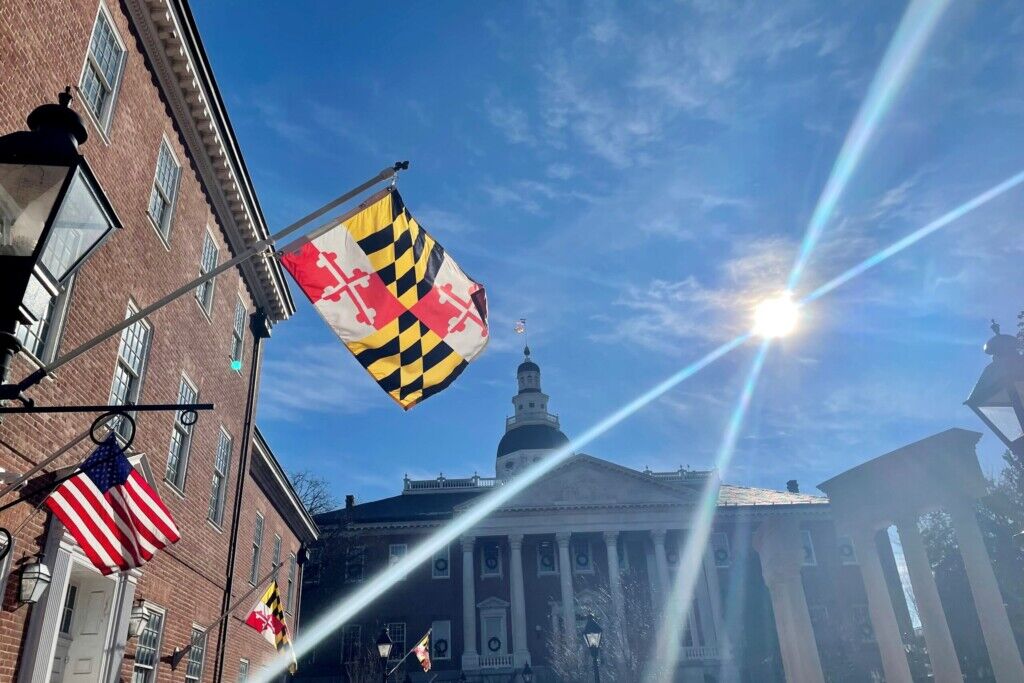 Which candidates have cash leads in the home stretch of Maryland’s gubernatorial race?

Three Democratic gubernatorial candidates in Maryland have reported that their campaigns have raised more than $1 million in the past six months.

Three Democratic gubernatorial candidates have reported that their campaigns have raised more than $1 million in the past six months, with former nonprofit CEO and author Wes Moore leading the pack.

Moore said he has raised more than $2 million, including more than $1.9 million from individual contributors since mid-January. The Moore campaign said more than 70% of contributions received were $100 or less.

The Maryland State Education Association’s Political Action Committee, which endorsed the campaign in April, gave Moore $6,000, plus an additional $6,000 to his running mate, the former Del. Aruna Miller.

The campaign has spent more than $3.1 million since mid-January through its combined accounts and is keeping more than $2.1 million for the final weeks of the campaign.

The campaign has received major infusions of money from unions, including the American Federation of County and State Employees, SEIU Local 500, the Masons International Union and more half a dozen others.

The campaign is keeping about $1.2 million in cash, according to reports filed Tuesday.

“We continue to build a strong, diverse and rapidly growing coalition that shares our inclusive vision to bring jobs, justice and opportunity to every Marylander,” Perez said in a statement. “I am very grateful for the generous support of all who believe in us, including the unprecedented support of workers and working families, who trust in my long career in public service, working to expand opportunity and promote justice, and deliver for the people of Maryland.”

The campaign is also supported by a recent purchase of television ads from an independent spending group, Maryland Opportunity Inc. The independent spending entity said it raised $1,152,000 between mid-March and June 9 – almost all from labor unions — and spent just under $600,000 on TV ads in the Baltimore Media Market.

In January, he and his running mate Monique Anderson-Walker, a former member of the Prince George’s County council, had nearly $3.3 million in cash, split across three accounts — his, hers, and a joint account.

Most of their money – nearly $1.2 million – went to advertising. Over $750,000 went to staff salaries and consultants.

Top fundraisers also emerged as the top performers in a Baltimore Sun/University of Baltimore poll released earlier this month. Franchot had the support of 20% of Democrats polled, Moore had 15% support and Perez had 12% support. A third of likely Democratic voters surveyed had not yet decided who to vote for.

But the campaign of former US Education Secretary John King and his running mate Michelle Siri said it was showing momentum in the final weeks of the campaign, with more than $300,000 raised in the past few weeks. past two weeks since earning Sierra Club and Pro-Choice endorsements. Maryland.

In total, King and Siri said they raised more than $875,000 during the last reporting period, in which nearly $1.3 million was spent.

“Throughout this campaign, it’s been clear that as Democrats in Maryland hear John’s message and learn more about him, they are moving quickly to support him,” campaign manager Joe O’Hern said. in a press release. “Clearly John is not only one of the top contenders in this gubernatorial race, but has the resources and momentum to win this primary.”

The campaign noted that 77% of the contributions it received were $100 or less. The campaign had approximately $827,000 in cash for the remaining five weeks of the campaign.

Two Democratic candidates have loaned each other money for the home stretch of the campaign.

Former Attorney General Doug Gansler will have more than $1 million to spend in the final weeks of the campaign, thanks in large part to the $800,000 he loaned to his campaign.

In a statement, campaign manager Shaun Daniels said Gansler and his running mate, Candace Hollingsworth, will use their resources to focus on public safety, which the duo described as voters’ top concern.

“We kept our powder dry and conserved our resources until the right time,” Daniels said. “This election will be about crime” and Gansler is the candidate Republicans fear, he continued.

Jon Baron is also entering the final weeks of the campaign with cash – and he too has dug into his own pocket to make it happen.

“That’s when voters really start paying attention to this race,” campaign manager Pablo Roa said in a statement. “We have the resources to meet them where they are with a fundamentally different message that resonates – and that’s exactly what we started doing.”

Ashwani Jain, who runs an all-volunteer campaign and has pledged not to accept donations from corporations, promoters and political action committees, had not returned a report by 1 a.m. Jérôme Segal’s public funding committee did not request matching funds; Segal had pumped about $10,000 into his campaign effort in May and June.

In the Republican gubernatorial primary, former Commerce Secretary Kelly Schulz, the favorite of Gov. Larry Hogan and most of the GOP establishment, had an overwhelming advantage on the fundraising front.

Schulz, along with his running mate Jeff Woolford, a military veteran and public health physician, have together raised $935,394 since mid-January. Between their two accounts, they declared $784,985 on hand.

“Once again, our campaign has delivered record fundraising for a non-incumbent Republican gubernatorial candidate,” said Hunter Mullins, Schulz’s campaign manager. “We have the right candidate, the right message and the resources to win the race and continue to move Maryland in the right direction.”

On the other hand, Del. Dan Cox and his running mate, attorney Gordana Schifanelli, together had $183,958.

Cox’s campaign was largely propelled by former President Donald Trump’s grassroots supporters. But whether he will have the ability to match Schulz’s aerial game remains an open question. In fact, frequent candidate Robin Ficker, who served one term in the House of Delegates from 1979 to 1983, reported more cash on hand than Cox as of June 7: $326,890.

Between mid-January and early June, Cox’s top spending appeared to be on radio ads, which totaled at least $145,764, according to his campaign finance reports. He also spent $6,500 on a Remington Research Group survey. Cox’s expense report included $460 to buy a plane ticket to Florida to meet with Trump to discuss his campaign.

Schulz’s campaign has 216 pages of individual contributions, totaling $826,753. His campaign has been a magnet for major GOP consulting firms, and his campaign report shows payouts of $464,411 for Flexpoint Media, an Ohio-based media company; $149,058 to Red Maverick Media for broadcast ads, digital ads and campaign materials; $59,000 to Ragner Research Partners in Washington, DC, for the survey, $47,600 to Grassroots Targeting, a company in Alexandria, Virginia, and $24,000 to Strategic Partners and Media, a company used by Hogan.

She also said she has paid $203,446 in salaries and related expenses since mid-January.

The Baltimore Sun/University of Baltimore poll earlier this month found Schulz leading Cox 27% to 21% among likely Republican voters. About 42% of those polled were undecided.